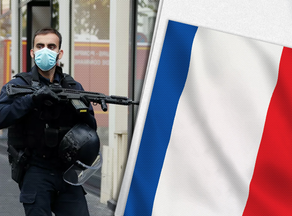 An unidentified man armed with a knife attacked police in the French city of Avignon.

According to preliminary information, the attacker has been liquidated. Local media writes that he shouted Islamic slogans.

It is the second attack in France today. Earlier, an attack with a knife took place in the French resort town of Nice, near a church. Three people were killed and several injured. The attacker beheaded one of the female victims.