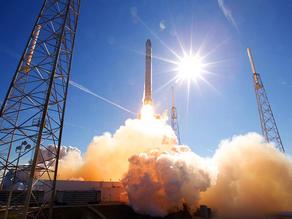 Space X rocket, Falcon 9, and the attached capsule Crew Dragon have successfully implemented a piloted flight. The most experienced astronauts, Doug Hurley and Bob Behnken are on the board of the rocket.

It is the first mission since 2011 to deliver humans to the orbit from American land. In the frames of the mission, the Crew Dragon rocket is the first commercial spaceship designed to deliver people to the cosmos.

The first attempt to launch Falcon 9 of Space X rocket planned for May 27 was canceled due to the bad weather.