Student opens fire at the university resulting in casualties

Student opens fire at the university resulting in casualties 20 September, 2021  13:22 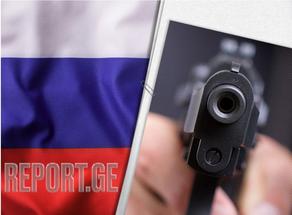 Eight people have been killed in a shooting at Russia's Perm State University.

According to Russian media, 14 people were injured in the shooting.

According to the Ministry of Internal Affairs, the attacker was detained by the police as a result of a special operation. He is an 18-year-old student, Tsimur Bekmansurov.