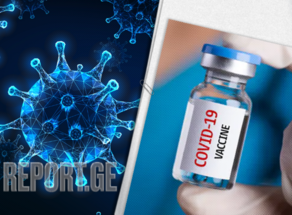 Sperm count and quality did not drop in healthy young men after receiving a first or second dose of the Pfizer or Moderna vaccine, according to a new study published Thursday in JAMA.

The study used semen samples from 45 men between the ages of 25 and 31, who were pre-screened to make sure they had no fertility issues. Samples were taken before the first shot of an mRNA vaccine, then 70 days after the second dose. Semen was then examined to determine sperm volume, concentration, motility and total sperm count.

"We found no changes in sperm parameters in the young healthy men that we studied who received both doses of mRNA vaccine," said study author Dr. Ranjith Ramasamy, director of male reproductive medicine and surgery at the University of Miami Health System.

The study did not test the Johnson & Johnson or AstraZeneca vaccines, which are not based on mRNA platforms.

"However, we think the mechanism of how these vaccines work is all fairly similar despite different genetic material, so based on biology, we don't think there should be anything different with the other two vaccines," Ramasamy said.