There are more female priests than male in Sweden 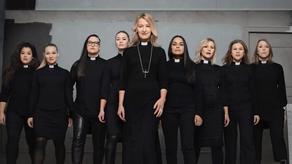 According to the secretary for the Church of Sweden, Cristina Grenholm, 50.1 % of the country's priests are women.

"From a historical perspective, this parity happened faster than we earlier imagined," she noted.

Grenholm said that a report in 1990 estimated that women would not make up half the total clergy until 2090.

A woman headed the Swedish Church for the first time in the history of the country in 2013, while the Church of Sweden has allowed female priests since 1958.