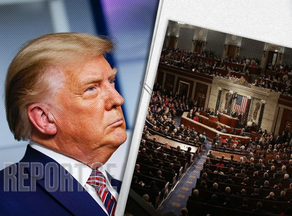 Opening arguments in the Senate impeachment trial for Donald Trump over the Capitol riot will begin the week of February 8, the first time a former president will face such charges after leaving office, apnews reports.

Senate Majority Leader Chuck Schumer announced the schedule Friday evening after reaching an agreement with Republicans, who had pushed for a delay to give Trump a chance to organize his legal team and prepare a defense on the sole charge of incitement of insurrection.

“We all want to put this awful chapter in our nation’s history behind us,” Schumer said about the deadly January 6 Capitol siege by a mob of pro-Trump supporters.