US suspends deportation for 100 days 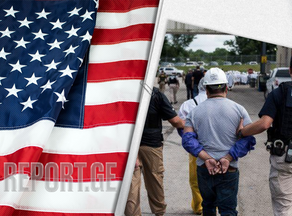 The United States will suspend deportations for 100 days to improve the country's security department's efficiency. The agency itself issued the statement, Business Insider reports.

"Starting from January 22, 2021, within 100 days, the United States Department of Homeland Security will suspend the deportation of non-citizens who must be deported in order to ensure a fair and effective system of enforcement of migration legislation, with a special focus on national security, border security, and public safety," the statement said.

It was noted that this measure would allow the department to solve the country's most acute problems, including the operational tasks on the southwestern border in light of the most serious health crisis of the last century.