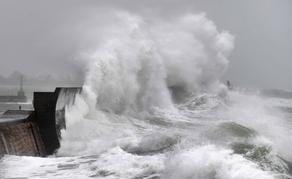 Five bodies were discovered in north-western Italy on Sunday, including four washed up on the shore close to the border with France, Reuters reports.

As regional officials said, deaths thought to be caused by severe storms in the region.

Some of the corpses might have been swept down the coast from France, Reuters reports.