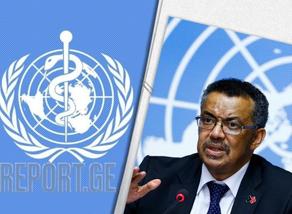 The Covid-19 pandemic has caused mass trauma on a larger scale than World War II, and the impact will last “for many years to come,” the World Health Organization’s top official said Friday.

“After the Second World War, the world has experienced mass trauma, because Second World War affected many, many lives. And now, even with this Covid pandemic, with bigger magnitude, more lives have been affected,” WHO Director-General Tedros Adhanom Ghebreyesus said at a news conference Friday. “Almost the whole world is affected, each and every individual on the surface of the world actually has been affected.”

“And that means mass trauma, which is beyond proportion, even bigger than what the world experienced after the Second World War,” he added, noting the effect on mental health. “And when there is mass trauma, it affects communities for many years to come.”

His comments came in response to a question about whether countries should take the pandemic’s impact on the economy and mental health into account more as they chart their paths forward. Tedros’ deputies emphasized that mental health ought to be prioritized.