"Gypsies" the movie to be shot according to Dumbadze's works 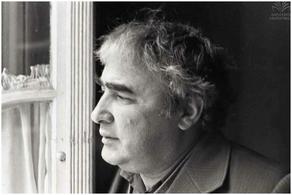 Another Georgian film is being made based on the works of Nodar Dumbadze. Filming is taking place in Tbilisi and Guria.

Giorgi Kikaleishvili directs the film. "Gypsies," as the film is called, is based on the author's three novels.

Ukrainian and Georgian actors take part in the film.

The TV premiere of "Gypsies" is scheduled to air on "Imedi" at the end of the year.