Metal Hammer names the best song of the century 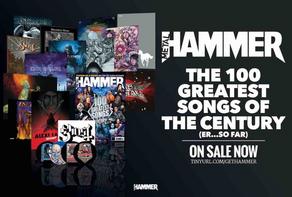 Metal Hammer Magazine has compiled a list of 100 best songs of the 21st century. The rating includes compositions of one of the directions of rock - metal genre.

The famous track of System of a Down Chop Suey! is in the first place of the rating. The song got released in 2001 and has more than a billion views on YouTube. The song is included on the band's second album, Toxicity.

The top hundred will be published in the April issue of the magazine.