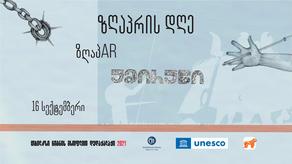 The Fairy Day - the Tbilisi Book World Capital will be held at the Center for Contemporary Art on September 16, during which a project created by illustrator Giorgi Jincharadze on the theme of "Amirani" will be presented.

According to the Tbilisi City Hall, the main event of the fairy tale day will be the online presentation of the AR (Augmented reality) application, through which it is possible to bring tale characters into modern reality. At the same time, the app is a synthesis of ancient myths and modern technology, which will allow users not only to have fun but also to widen their imagination.

According to City Hall, until September 26, people of any age will be able to view the exhibition, and the app will be slowly developed and filled with works by other artists.