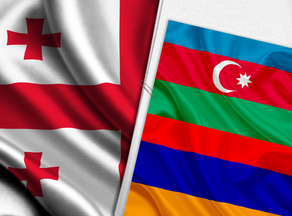 The situation in Nagorno-Karabakh and the nearby conflict zone is tense again.

The position of conflict specialists, economists, and financiers on the Azerbaijan-Armenia conflict are similar. They say the conflict between the two countries will have a significant impact on the region's economy. The conflict will also harm the Georgian economy.

According to economic expert Nika Shengelia, the ongoing conflict between Armenia and Azerbaijan has not significantly impacted the devaluation of their currency, but if the conflict does not end, it is inevitable. The expert thinks that it will affect the trade indicators of the region and all ongoing economic projects.

As for Georgia, the expert says that the situation in the Caucasus region will most likely have a negative impact on the inflow of investments into Georgia.

"If this situation worsens and Turkey and Russia get involved, there is a danger that Russia will use the territory of Georgia as a corridor and therefore we may face the threat of declaring a state of emergency, which will harm the economy," the expert told report.ge.

According to Shengelia, if the conflict does not stop in time, it will affect Georgian politics, and we will face a political risk that will put significant pressure on the exchange rate and economic development.

"When this type of factor arises, even if the country's government completely abolishes tax rates, there still will be no investments. Therefore, we should pay attention to political stability," said the expert.

Shengelia is convinced that Georgia will have some changes in the volume of cargo when it comes to countries at conflict, which will affect the number of tax contributions to the state budget by their service companies, but at this stage, the expert does not see this risk. According to Shengelia, this risk will increase if the conflict fails to escalate.

Shengelia also does not leave out the Azerbaijan-Georgia energy projects.

"If the Baku-Ceyhan, TANAP project or other gas transportation pipeline to Georgia, such as the South Caucasus Pipeline (SCP) (Baku-Tbilisi-Erzurum gas pipeline) gets damaged during these hostilities, then we will lose some revenues and have energy security problems," Shengelia said and emphasized the regional importance of the Southern Gas Corridor.

"TANAP Southern Trans-Anatolian Natural Gas Corridor has great importance both for the security of our country and for the region as a whole. This corridor makes Georgia a certain international player. In particular, it becomes interesting for Europe and contributes to the path to European integration. In January-April 2020, the TANAP pipeline exported 3.5 billion cubic meters of gas to Turkey, which is 23.6% more than the year before," said the expert, adding that peace in the region is vital for economic development.