Cause of Bachaliashvili's death - briefing at Prosecutor's Office - LIVE 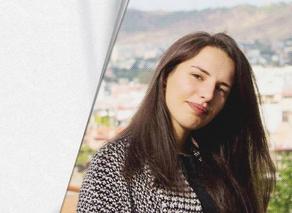 "As a result of the examination of the corpse and summary of the case materials, the cause of death should be drug intoxication," the case prosecutor Amiran Giuashvili stated at the special briefing held at the General Prosecutor's Office of Georgia.

According to him, within the framework of the ongoing criminal investigation of Tamar Bachaliashvili's case, the Levan Samkharauli National Forensics Bureau received chemical-toxicological, chemical, biological (genetic, serologic), and trasological conclusions. The conclusion of the forensic medical examination of the Levan Samkharauli National Forensics Bureau is also known.

"At the time of the examination, about four days have passed since her death. Tamar Bachaliashvili's body does not show any signs of mechanical damage, including traces of injection.

According to the chemical-toxicological examination, the ratio of distribution in the organs of medicines found in the biological objects taken from the body of Tamar Bachaliashvili is typical to oral consumption of substance and not to injection. The drugs could enter Tamar Bachaliashvili's gastrointestinal tract only by the esophagus and not by injection.

Traces of adrenoceptors and histamine receptor blockers were found in a drop of water left in the bottle of Bakuriani taken from Tamar Bachaliashvili's car.

Depending on the medicine in tablet form, a suspension is obtained in their liquid, including when mixing it in water. In this case, the liquid will not be transparent and colorless, which means the fluid has medicine in it. As a result of chemical analysis, these substances were found not in the form of traces, but larger quantities.

According to the forensic medical examination, there are no mechanical damage signs on Tamar Bachaliashvili's body," the Prosecutor's office said.

The briefing is taking place at the Prosecutor's Office now.