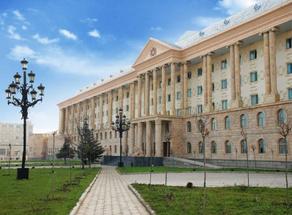 Five adults accused of the violence in Giorgi Shakarashvili's case have been found guilty by the Tbilisi City Court.

At today's trial, the defense made a closing statement, after which the parties exercised their right of reply.

Five adults in the case of football player Giorgi Shakarashvili are accused of violence, organizing group violence, and illegal deprivation of liberty.