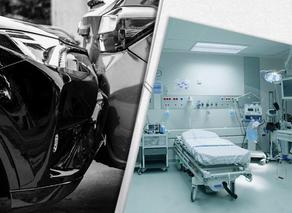 The deputy head of the Ambrolauri District Division crashed into a minibus on November 28, killing one person and injuring four others. The Prosecutor's Office spreads a statement about the incident.

"The Deputy Head of the Ambrolauri District Division, A.D. driving Toyota Hilux, collided with a Ford Transit minibus parked on the road, after which the minibus collided with a truck moving on the road. Ford Transit driver Sh.J. died on the spot. The passenger of the minibus, N.J., and the driver of the Toyota Hilux, A.D. and his minor passengers, Z.D. and G.D. have ceceived injuries of various severity," reads the information.

Investigation is in progress under the 2nd and 6th parts of Article 276 of the Criminal Code of Georgia.