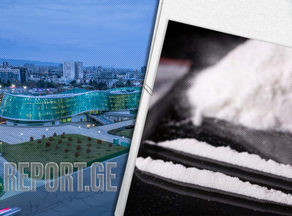 According to the agency, law enforcement officers from three countries - Armenia, Georgia, and Ukraine - took part in the large-scale special operation for eight months. The Ministry of Internal Affairs stated that during the operative and investigative measures, it was established that a particularly large amount of the drug "Heroin" was hidden in the cargo in transit which was to be transported to Ukraine from the Islamic Republic of Iran via the Republic of Armenia and Georgia, from where it would be exported to Central Europe for further sale.

"On July 22 of 2021, the police arrested two members of an organized group in the city of Kyiv for the transit of a large number of drugs, especially in large quantities. The two are citizens of the Republic of Turkey.

Ukrainian law enforcers are continuing the investigation. The crime envisages imprisonment for up to 12 years," the information spread by the Ministry of Internal Affairs revels.