Ministry of Defense is filing a lawsuit against Davit Kezerashvili

Ministry of Defense is filing a lawsuit against Davit Kezerashvili 30 September, 2021  14:00 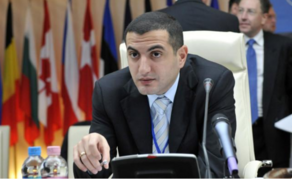 According to the agency, a guilty verdict has already been handed down in the mentioned criminal case, and by the decision of the Supreme Court of Georgia, the accused Davit Kezerashvili and Alexander Ninua were found guilty.