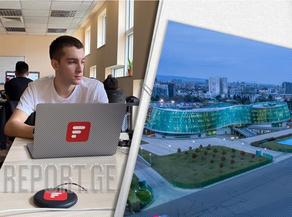 A briefing on the case of Nika Kvaratskhelia's murder was held at the Ministry of Internal Affairs.

Tornike Marsagishvili, the Head of the Main Division of the Tbilisi Police Department, introduced new details to the public.

"The defendants planned the premeditated murder of N.K., and illegally bought firearms, ammunition and rented a car from one of the citizens. Dozens of witnesses were questioned in the case. The investigation obtained several dozen recordings of video surveillance cameras depicting the movements of the accused and examined them in detail.

Dactyloscopic, odorology, ballistic, chemical, biological, tracing, and information-technological examinations were carried out on the evidence seized in the case.

All operative units were focused on arresting the wanted defendants, and on October 7, 2021, both wanted persons were arrested in Tskneti.

The crime envisages imprisonment for 13 to 17 years," the agency said at a briefing.