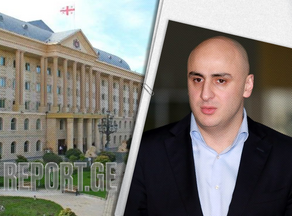 The trial of Nika Melia, the chairperson of the United National Movement, got postponed.

The defense filed the motion to postpone the trial. As the lawyer, Giorgi Kondakhashvili, pointed out before the trial, they were not going to participate in the imitation of justice.

The accused was not present at the trial because he was expelled from the courtroom by Judge Nino Chakhnashvili during the previous court session.