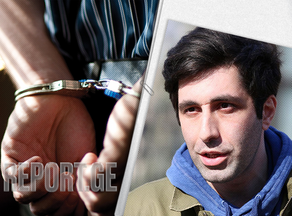 "As a result of operative and investigative actions, the law enforcers charged three persons - V.G., born in 1993, G.S., born in 1988, and S.S., born in 1988 with gang violence against two or more persons," the Ministry of Internal Affairs reports.

The case concerns the fact of violence against the host of the TV company "Formula," Vakho Sanaia, and his wife's relative. According to the Ministry of Internal Affairs, the crime envisages imprisonment for up to 2 years.

"The investigation revealed that the accused were drunk; they used physical violence as a group against Formula TV journalist V.S., born in 1985, and his wife's relative N.M., born in 1986.

The investigation is underway under Article 126, Part 1, Subparagraphs" b "and "g" of the Criminal Code of Georgia, which stipulates group violence against two or more persons," the statement reads.