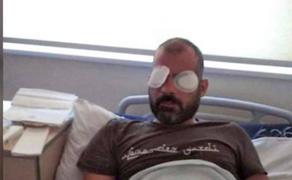 The Tbilisi City Court has sent defendant Giorgi Tsaruashvili accused of subjecting Public Broadcaster cameraman Ilia Tvaliashvili to violence to prison after rejecting the defense's request to release him on GEL 7,000 bail.

The prosecution said that the defendant might have fled the country, put pressure on witnesses, or tempered evidence unless he was kept in custody.

Giorgi Tsaruashvili was detained on 22 July.

Tsaruashvili faces the charges of persecuting journalists when they performed their professional duties and participating in group violence. He will receive a prison sentence of 4 to 6 years.