Bidzina Ivanishvili calls on citizens of Georgia to vote in tomorrow 30 October, 2020  21:16 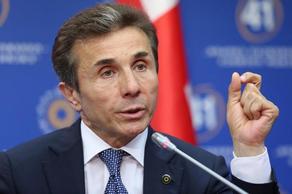 Bidzina Ivanishvili, the Chairman of the Georgian Dream-Democratic Georgia coalition, has appealed to all citizens of Georgia to go to the polls tomorrow to fulfill their civic responsibility. In his words, Georgian Dream supporters may not betray Georgia's entire population, who has already handed them the second term.

"All achievements of the Dream government in these hard times have not proved enough to convince the minority who has subjected us to criticism to reelect us. Tomorrow, they will vote for other parties, but we outnumber them; we are much more than they, and precisely this is the majority's responsibility to the minority: to help them avoid grave consequences of their own mistakes," Ivanishvili said.