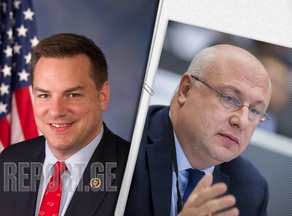 "We remain engaged and face challenges in Europe and beyond it," - Chairman of the Political Affairs and Security Committee of the OSCE Parliamentary Assembly, US Congressman Richard Hudson, stated at the Helsinki Commission.

He showed gratitude for the work by the OSCE Parliamentary Assembly President Gigi Tsereteli.

He thanked Tsereteli and called him one of his best friends and allies.

"My participation in this crucial forum deepened during his presidency, including my appointment as the Chairman of the Parliamentary Assembly Committee," Hudson said.