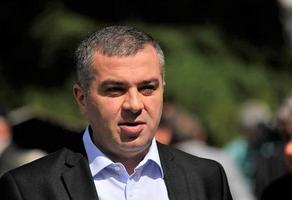 Georgian opposition politician David Bakradze resigned from the chairmanship and membership in the "European Georgia" party.

He announced this in an official letter published today.

In Bakradze's words, he will not join any party. However, he remains in politics and will continue to participate in the general opposition struggle.

As Bakradze stated, Gigi Ugulava and several other leaders adhere to the same position.

"I decided not to remain in the post of chairman to open the way for new leaders in the party. Giga Bokeria adheres to a different opinion, who considered it expedient to remain in the party position. I respect the opinion of Gigi, but I do not think that this position serves the interests of the party," David Bakradze claimed.