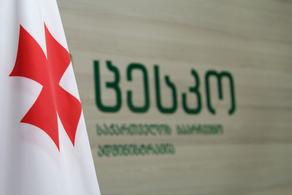 By-elections of the City Council in Martvili Municipality, Kitsia community was won by the Georgian Dream candidate.

Robert Kakulia received 100% of the votes.

Georgian Dream's candidate was the only one running in the elections.

According to Cesko in two polling stations voter turnout was 51.22%.

By-elections were held in Lagodekhi, Adigeni and Martvili.