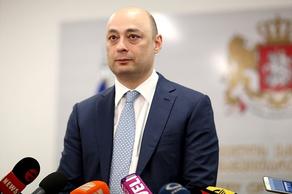 Former Minister of Economy Giorgi Kobulia may re-enter the political scene; he confirmed this information to Report.ge. According to Kobulia, at this point, he is holding consultations, with the details being known in a couple of weeks.

Giorgi Kobulia was appointed as Minister of Economy in 2018 and held the post before April 2019.