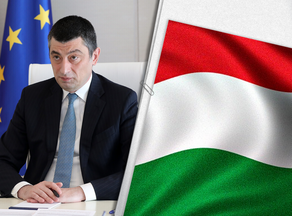 The sides discussed current issues in various fields between Georgia and Hungary, together with future cooperation prospects. Gakharia and Benko paid particular attention to Georgia's European and Euro-Atlantic integration and the progress made.

Talks focused on the importance of defense and security between the two countries, as well as the deepening trade and economic relations.

Minister of Defense Irakli Gharibashvili attended the meeting held at the Government Administration.