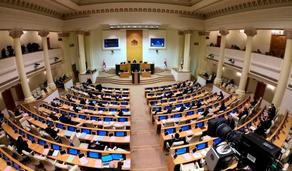 Georgia's parliament of the 9th convocation has been dissolved.

According to regulations, the parliament must end its sessions and sittings a month before the elections, which are set to be held on 21 October.

At today's session, the parliament approved amendments to the Law on General Courts, which refers to the procedure of election of judges in the Supreme Court.

The parliament of the 9th convocation was first convened on 18 November 2016. During four years, the parliament has proposed amendments to the new constitution, revoked the majoritarian system, and implemented proportional representation. For four years of its functioning, two different chairmen have presided over the body.