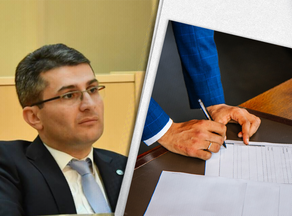 "The Code of Conduct for Political Parties created for the 2020 parliamentary elections contains and enshrines several principles and values, which are unequivocally welcomed, and therefore the political union Georgian Dream - Democratic Georgia joins this document," said the leader of the parliamentary majority, Mamuka Mdinaradze.

According to Mamuka Mdinaradze, the party's executive secretary and head of the election headquarters Irakli Kobakhidze signed the document.

According to him, the Code of Conduct deals with preventing the spread of fake news, a transparent pre-election environment, guarantees for the highest standard of elections, and other important issues.

"We were involved in the development of this document. We also had a few remarks that the Central Election Commission took into account. The remarks concerned the slander and accusation of political entities, refusing to spread false information and reaction. Also, to control the voters, delay them at the polling station for agitation and exclude the marked ballot paper being taken out of the photo booth or voting booth without placing it in an envelope," Mdrenadze said.

According to him, the Georgian Dream calls on political parties to fulfill the Code of Conduct provisions.

"As you know, the opposition members initially refused to sign the document, but after three weeks of work by our Western friends, it seems that an agreement has been reached with them, and we welcome their signature recorded on the document.

We call on all political parties to ensure the implementation of the Code of Conduct provisions in real life so that signing it does not remain a simple formality," Mdinaradze said.