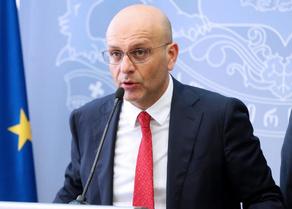 The statement in which he has informed the public of his decision to resign says that negotiations with the IMF proved successful and extra financial resources would soon become available for Georgia.

In his statement, the now ex-FM states that Georgia is one of the countries which was provided with assistance by the World Bank, IMF, and EU shortly after the pandemic outbreak.

''I have to say that after my three-year tenure, I planned to resign as early as at the end of the last year. However, I put off realizing my intention for a few months as the 2021 budget was still to be approved, and crucial negotiations with the IMF on the completion of the program were to be held.

It was a great honor and responsibility for me to work with the Georgian Dream political team,'' Mr. Machavariani wrote.