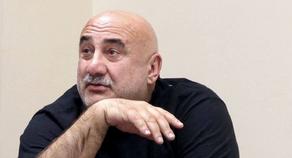 Mr. Korkotashvili is certain of the fact that his Georgian Mission party will get enough votes in the legislative body in 2020. As Gia Korkotashvili informed Report.ge, his party and pre-election campaign will be financed by Georgian, Russian and European businessmen.

“We will register “Georgian Mission,” founded by me as a party. Those members of society who have never been involved in political life want to have a say in it. The people on whom we've relied and in whose hands our destiny has been failed to restore the oppressed people’s dignity; moreover, they cohabitate with these people. Consequently, our time has come, and we’ll be the third power in the political scene,” declared Mr. Korkotashvili.