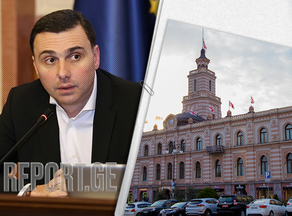 Giorgi Tkemaladze has been elected as the Chairperson of the Tbilisi City Assembly for the second time.

Forty-three deputies are present at the sitting, out of which 27 supported Tkemaladze's candidacy, one abstained, and one was against.

Tbilisi City Assembly of the seventh convocation has started to fulfill its duties.

Representatives of the party "For Georgia" and the "National Movement" left the hall as a sign of protest.

"Georgian Dream" has 29 deputies in Tbilisi City Assembly, "National Movement" has 13 deputies, "For Georgia" - 4, "Lelo" - 2, and Ana Dolidze's party. "For People" is represented by one deputy.