Irakli Gharibashvili: This is the last election until 2024 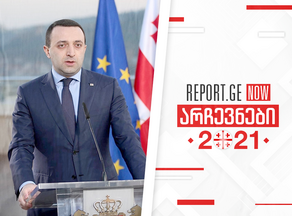 "This is the last election until 2024, just three hours away from the final victory," Prime Minister of Georgia, Irakli Gharibashvili, said.

Irakli Gharibashvili thanked all the supporters and noted that today was an important day for our country.

The Prime Minister called on the citizens to make their choice and contribute to the development of the state.