Irakli Gharibashvili: We offer a mediation platform to Azerbaijani and Armenian brothers 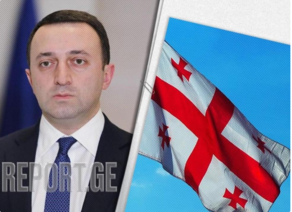 "We offer mediation to our brotherly states - Azerbaijani and Armenian brothers with this platform, which we are going to create in Tbilisi, for this initiative to acquire a permanent character," Prime Minister of Georgia Irakli Gharibashvili told journalists while talking about the South Caucasus Peace Initiative.

As the head of the government noted, there has been no such precedent for 30 years, and Georgia has succeeded in doing so.

"We had created a really rare precedent in June when our country conducted a successful peacekeeping operation - through negotiations and mediation, the release of 15 detained Armenian soldiers, as well as the handing over of maps of minefields to Azerbaijan. My initiative is to continue this process at a higher level," said Irakli Gharibashvili.