Justice Minister says they will transfer Saakashvili to hospital by plane

Justice Minister says they will transfer Saakashvili to hospital by pl 29 October, 2021  21:45 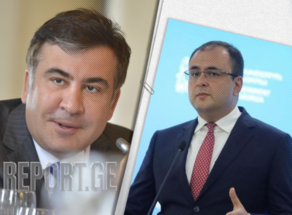 Justice Minister Rati Bregadze has responded to the statement by the State Security Service of Georgia.

The minister thanks the state agency and says that they will take further measures to ensure Mikheil Saakashvili's safety.

''The State Security Service materials show that we are dealing with a possible serious crime. We can say we are ready for any case scenario 24/7. If the necessity emerges, we will employ a plane to transfer the inmate safely,'' Bregadze declared.

The State Security Service of Georgia is holding an investigation into a plot to topple the government. The information was released at the briefing.

The state agency says that the obtained evidence indicates that they plan to take destructive actions, namely, to hamper Mikheil Saakashvili's transfer to the prison hospital if his health condition deteriorates by blocking roads and creating a chaotic situation.

According to the State Security Service, they have provided the corresponding information to the penitentiary establishment, but those involved in the planned scheme refused to be interrogated; however, they will be questioned in accordance with the law later.

Representatives of the state agency say that UNM members are contriving the scheme.

The State Security Service has retrieved the two-hour audio evidence, which has been attached to the criminal case.

One section of the recording has yet been publicized at the briefing.