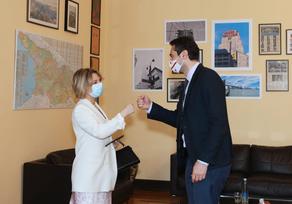 The importance of further intensification of cooperation between the Parliament of Georgia and the Public Defender was discussed, and the need to strengthen support from Parliament was stressed.

One of the topics of the meeting was the ombudsman's report, which will be submitted to the Supreme Legislature in the near future.