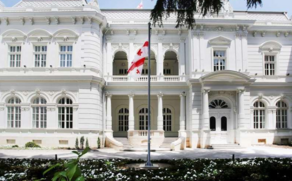 The ruling party and the opposition have scheduled the meeting today at the Administration of the President at 8 p.m.

The President of the European Council, Charles Michel _who had earlier paid a visit to Georgia _ called upon the parties to negotiate.

At the press conference with Irakli Gharibashvili, Michel said that he wants the meeting between the ruling party and the opposition to be convened today.

"I am inviting everyone to meet in the evening today; the time has come when, from facilitation,we should advance to the new level of mediation," Michel declared.