Mikheil Saakashvili initiates the creation of the so-called black list 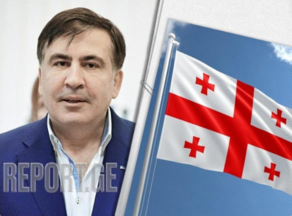 Georgia's third president, Mikheil Saakashvili, has initiated the creation of the so-called blacklist against a number of law enforcement and other government officials. Roman Gotsiridze, a member of the United National Movement, told journalists after he visited Saakashvili at the Rustavi penitentiary.

According to him, the list should be made known to the whole country and the international community in order to ban their free movement abroad and impose sanctions. Gotsiridze noted that a group of lawyers should be formed to study all these issues, and then the list will be handed over to international partners.

"People who abuse people and politicians in the name of justice are collecting wealth and feel unpunished. A group of lawyers should be formed to study all these issues, a lot of things are directly on the surface, and then we should pass this list on to our international partners," noted Roman Gotsiridze.