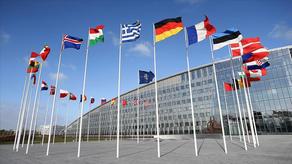 ''We reiterate our support for the territorial integrity and sovereignty of Ukraine, Georgia, and the Republic of Moldova within their internationally recognised borders. In accordance with its international commitments, we call on Russia to withdraw the forces it has stationed in all three countries without their consent.

We further call on Russia to reverse its recognition of the Abkhazia and South Ossetia regions of Georgia as independent states; to implement the EU-mediated 2008 ceasefire agreement; to end its militarisation of these regions and attempts to forcibly separate them from the rest of Georgia through the continued construction of border-like obstacles; and to cease the human rights violations, arbitrary detentions, and harassments of Georgian citizens. We reiterate our firm support to the Geneva International Discussions. We also call on Russia to engage constructively in the Transnistria Settlement Process. We are committed to supporting the Republic of Moldova’s democratic reforms and providing assistance through our Defence and Related Security Capacity Building Initiative,'' the Communique reads.