NDI: 57% of respondents do not know who to vote for 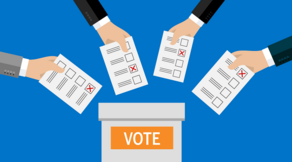 According to the survey published by the National Democratic Institute (NDI) and the Caucasus Research Resource Center (CRRC) Georgia, 59 percent of respondents said they would vote tomorrow if parliamentary elections were held.

However, 41 percent of respondents said they would not vote if the parliamentary elections were held tomorrow.

When asked if tomorrow's parliamentary elections were held, who would you vote for, 37 percent say they have the decision, 57 percent not decided yet, 5 percent had no answer, 1 percent did not answer the question.