NGO appeal to the government: Eliminate all risks to life and safety 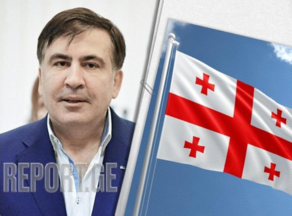 NGOs have issued a statement regarding the hospitalization of Georgia's third president, Mikheil Saakashvili, stating that the government should address the issue of his hospitalization not with political expediency but only with a high standard of protection for human life, health, and personal safety.

According to the signatory organizations, Mikheil Saakashvili has been on hunger strike for 26 days since his arrest, and the risks of his deteriorating health and the need for hospitalization are increasing every minute.

"According to the conclusion of the doctors' council, Mikheil Saakashvili should be hospitalized in a clinic staffed with relevant personal and medical equipment. The conclusion of the Public Defender of Georgia states that institution N18 (so-called prison hospital) does not fully comply with the recommendations issued by doctors. Establishment N18 is located in one space next to the N8 penitentiary, which contains certain security risks for Mikheil Saakashvili.

We call on the authorities to take into account the conclusion and recommendations of the multifunctional group of doctors and the Public Defender of Georgia when discussing the hospitalization of the third President of Georgia, Mikheil Saakashvili," mentions the statement.