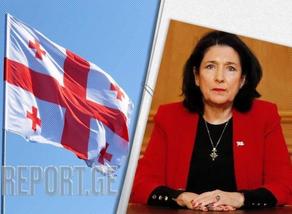 NGOs are calling on the president to veto a bill to abolish the Office of the State Inspector.

According to the statement, despite sharp criticism from local civil society organizations and Georgia's partner states, the ruling party, without any justification or involvement of the relevant actors and the state inspector, made an unconstitutional decision that was highly damaging to Georgian democracy.

"The term of office of the current state inspector is terminated, deseven thoughe was elected by the Parliament, until 2025. The signatory organizations call on the President of Georgia to exercise her constitutional authority and veto the relevant legislative changes, and return the draft legislative amendments to the Parliament with remarks," said the statement.

The statement is signed by:

Institute for Development of Freedom of Information - (IDFI)