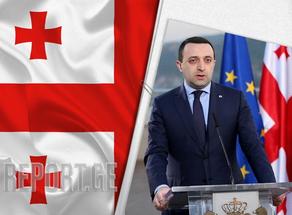 Georgian Prime Minister Irakli Gharibashvili said that NATO decided to gradually end its mission in Afghanistan before September 2021, and Georgian military units are also set to leave the country together with NATO.

In his social media post, Mr. Gharibashvili said that Georgia had made its significant contribution in ensuring world security, with Georgian troops actively being involved in NATO and EU-led military missions and operations.

The post goes on to say that Georgia has been involved in peacekeeping operations in Afghanistan for ten consecutive years, and the country is one of the largest contributors to the RSM mission.

According to the Georgian PM, Georgian military men repeatedly demonstrated that Georgia could assume the responsibility of collective defense, with this being critical to achieving the objective of integration into NATO.

''For Georgia, as for the member of the international community, it is paramount that Afghanistan never becomes a shelter for terrorists, and we are proud to have made our contribution to achieving this objective,'' Gharibashvili wrote in his letter, adding that he is thankful to each Georgian servicemen having done their part in this great mission, which is Georgia's future integration in NATO.