Saakashvili: Why do I have to go to jail, because I have built the Georgian state? 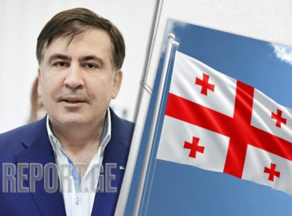 Georgian ex-President Mikheil Saakashvili told Formula TV company that if Georgian people let Bidzina Ivanishvili send him, the founder of the Georgian state, to jail, 'we deserve everything.'

If Georgian people allow Ivanishvili, this ignorant wretch, to jail the founder of the Georgian state, we deserve everything. Let Georgian people make the decision. I fear nothing. I am losing my country; we are losing our country, and I will stop at nothing,'' Saakashvili declared.