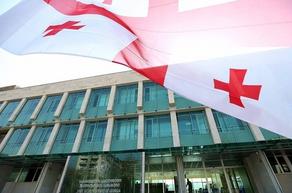 According to the State Security Service, this illegal decision was preceded by the wounding and unlawful detention of Zaza Gakheladze by Russian occupation forces, followed by months of illegal detention on fabricated and absurd charges.

According to them, the international community has repeatedly taken a consolidated position and condemned criminal practices regarding the occupation forces' violent and illegal actions against Zaza Gakheladze. The occupying forces are deliberately establishing practices like this one in the areas along the occupation line.

"The illegal decision by the so-called occupied Tskhinvali court once again demonstrated the inhuman and criminal essence of the processes following the occupation, for which the entire responsibility lies with the Russian Federation as a force exercising effective control over the occupied territories.

From the first day of Zaza Gakheladze's illegal detention, the central government has been using all available mechanisms. Also, this issue is an important component of the agenda of our international partners. Through joint efforts, everything is being done to return Zaza Gakheladze to his family," the statement reads.