The President will be questioned if needed 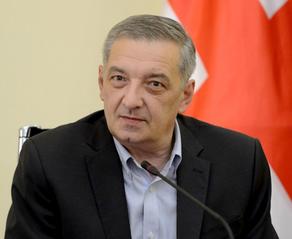 If necessary, the President will be questioned - Gia Volski, the leader of the parliamentary majority, told reporters on pardoning those convicted of murder and drug dealing by Salome Zurabishvili.

“The public reaction to the news was quite harsh and unclear. I do not think there is a possibility of corruption, but the investigation will have all answers. People who did not pay any attention to the pardons that Saakashvili was doing inconsistent with any standard, including the killers, Margvelashvili went in the same direction and we criticized him, as we did with Salome Zurabishvili, but in the past they called it an orchestrated attack.