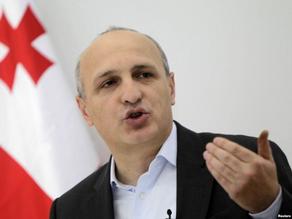 "I will not be a parliament member, and I will not hold any position in the next government," former Georgian Prime Minister and former Interior Minister Vano Merabishvili wrote on the social network.

"The most important elections for our country are approaching. What will be decisive in this election is not what the Georgian Dream will do, but it will be decisive to what extent we will be able to set a common national goal above our career, above personal ambitions, to fight not for ourselves but the future of the country.

Today, unfortunately, political bargaining is more often heard from the opposition than offering an alternative to the public.

The renewed United National Movement is the only force that can play a decisive role in this struggle, end the elections with victory, and bring people back to the future.

I will be involved in the fight against Ivanishvili's regime, but it will be a fight not for personal gain but my people," Merabishvili wrote.