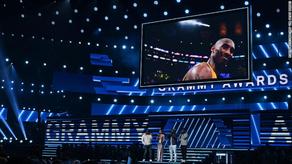 The 63rd Grammy Awards was dedicated to Kobe Bryant. The ceremony opened with the performance by Alicia Keys, who performed the song "It's So Hard to Say Goodbye to Yesterday" in honor of the basketball player.

"Now, we all feel deep sadness. This morning, the whole world lost a hero. We want to express our sadness with the song," the singer said before the event.

NBA legend Kobe Bryant died in a helicopter crash. The sportsman was traveling together with his 13years-old daughter and three friends when the helicopter crashed in Calabasas.