280 arrested over storming the Capitol 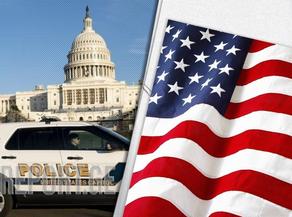 More than 300 people have been charged with storming the Capitol on January 6, and 280 were arrested, The Hill reports.

The Ministry of Justice says an investigation is progressing at an unprecedented speed and scale, and rightly so. The perpetrators must be held responsible and respond to justice.

For the reconstruction of the Capitol building, $30 million was allocated from the state budget.

On January 6, US President Donald Trump supporters broke into the building of the US Congress to prevent the approval of the results of the presidential elections held on November 3 last year in the country, which the Democrat Joe Biden won. As a result of the riots, five people died, and dozens got injuries.